Showing posts from July, 2019
Show all

Meet the Revolution!: Ona Judge revisits the Museum of the American Revolution 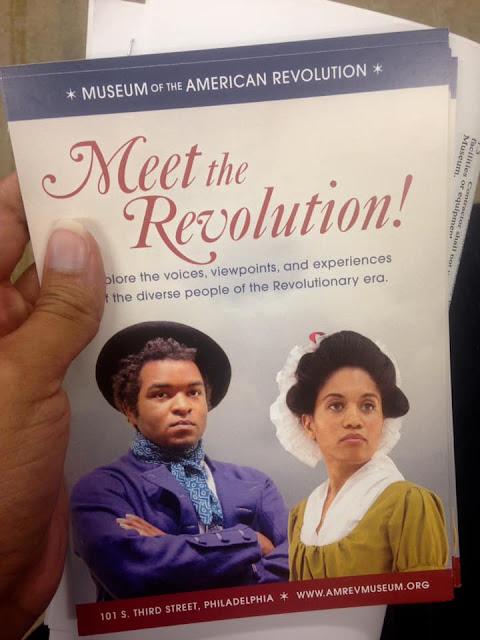 About a month ago, I participated in a very awesome experiment at the Museum of The American Revolution in Philadelphia. The program is called,  Meet The Revolution  a series featuring myself, Cheyney McKnight , and Joel Cook  where we would share the experiences, opinions, traditions and the day to day lifestyles of the African-American peoples during the time of the American Revolution. Through this program we would be giving our ancestors the voices that would have otherwise been untold.  From June 18-23rd, I reprised my role as Ona Judge and would interact with the museum's visitors as well as perform my show "Freedom on The Horizon". Coincidentally my residency fell on the week of Juneteenth   (which is a very important day.) Anyway, the day would start as early as 9AM for the morning briefing with the education department on what we'd all be doing during hours of operation, where each member would be, where I would be stationed, what groups would be
Post a Comment
Read more
More posts