Showing posts from May, 2017
Show all

May 20, 2017
It's been an interesting lesson this week, and surprisingly it didn't come from the Milliner shop. What did I learn you ask?  I've learned that during summer, Virginia's heat and humidity will get the best of you if you do not stay cool and hydrated. I learned that lesson the hard way, this week. After days of not properly hydrating (drinking water) and only drinking teas and not being in the A/C as much as I should have been, Thursday's hot temperature took a toll on me. Even though the shop had the AC running, we had at least 20-30 bodies coming in constantly, making the shop hot. I began to feel sick and weak and overheated. Eventually I ended up going home and spend several days recovering and rehydrating. I immediately called my husband who was away on a military exercise, and was given plenty of information on what to do and what else to look for symptoms wise. I think the lesson from this week, is to stay hydrated even if your'e not thirsty, and
Post a Comment
Read more 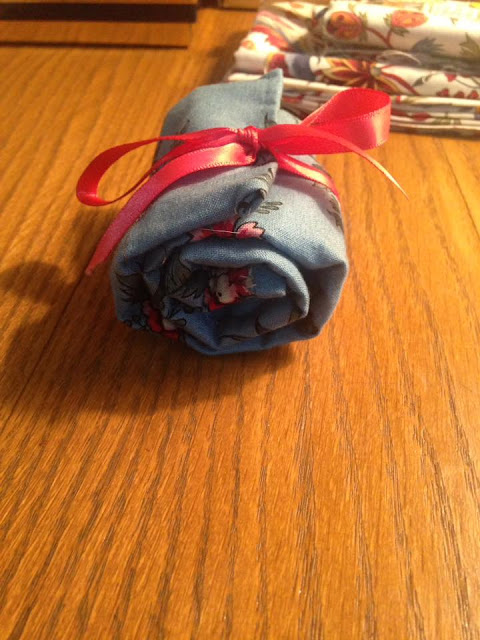 About 2 weeks ago during my first few days in Colonial Williamsburg, I saw the newest issue of Trend & Tradition and was enamored by this cute little housewife (sewing kit) that was featured in one of the articles; it even came with directions on how to make your own! Needless to say, it was very popular among some of the interpreters and crafters; for example, a friend of mine who works for CW is in the process of making her second one. After she showed me her beautiful work, I immediately made up my mind and attempted to make one just for the fun of it.  While there are some similarities between mine and the one featured in Trend & Tradition , there are some minor differences. The magazine's version has more of a triangular top, while mine is missing. (but hey, uniqueness is a good thing 😄) Sewn together with backstitches, whipstitches, and TINY basting stitches In the near future, I do plan to do a second one but perhaps make it a b
Post a Comment
Read more 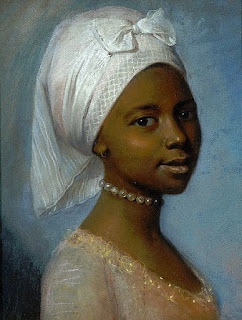 This week, I have been working on a very special research project in accordance to my sewing project at work. This week starts the subject of millinery (i.e. hat making); in the 18th century the term millinery covered more than just hats. It covered accessory items that one would normally wear day to day, including things that were out of the ordinary and fashionable necessities (like a cane sword or a new pair of stays for example). At first, I wanted to replicate a silk calash  that I've seen on sites like Pinterest as well as fashion plates that the milliner shop has available, but something else in the back office caught my eye that really resonated with me....  A picture of Jean-Étienne Liotard's Portrait of a Young Woman, painted in the second half of the 18th century. As soon as I saw this portrait, I was inspired not only to replicate her head wrap, but to also look into doing some research on African American/African/Caribbean history through 18th century fashion
Post a Comment
Read more 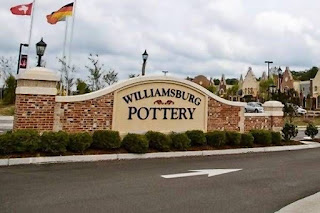 It's been an incredibly busy couple of weeks. When I first started my internship at CW I didn't know what to expect. First and foremost, I was used to using my sewing machine and hand-stitching the lining and outer fabrics together, but now to keep up with preserving the 18th century way of manufacturing gowns, and learning about the trade as a whole,  including museum education and talking with the public. I also expected to be up to my neck in reference books that I have or have not seen before. The anxiety of not knowing what was to come, was a bit overwhelming. But what did happen these past two weeks were my re-education of basic stitches, as well as studying about the historic trade (Millinery and Mantua making), and of course interacting with the public, as if I were teaching a class. Case in point, when the public comes into the shop, I'd give them a general overview of what was normally day-to-day in a Milliner/Mantua maker's shop; I'd show them items
Post a Comment
Read more
More posts