Showing posts from May, 2020
Show all

Together As We Climb: The Challenges of The Black Suffragists 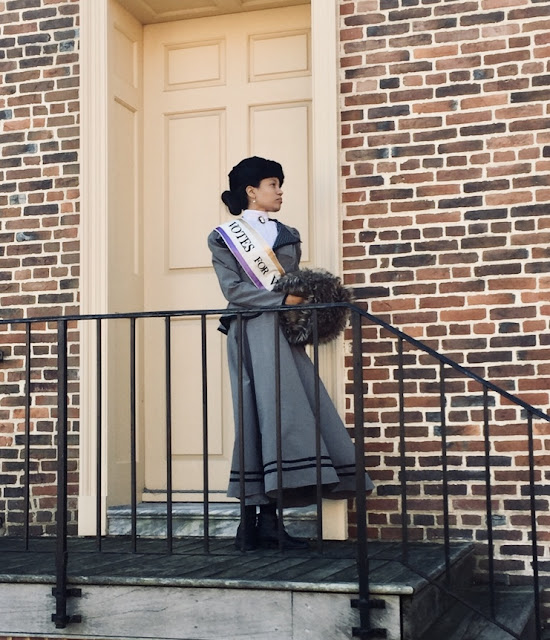 Back in March, before the nation was put on lockdown due to the Coronavirus Pandemic, I had the opportunity to participate in a living history event, called "Women & The Vote" at the First State Heritage Park in Dover, Delaware. As we commemorate the 100th anniversary of the ratification of the 19th Amendment which allowed women to take part in the voting system, in addition to celebrating the biographies of famous American suffragists who pushed for equal voting rights.....let's hone in on that for a moment, because I'm about to tell you the other side of this important part of history. The stories of other suffragists who were not acknowledged for their contributions and were excluded purposely, all because of the color of their skin: the challenges of the Black Suffragists.  The Women's National Baptist Convent was one of the many black suffragist groups that petitioned for voting rights  Along with groups such as The National American Women
1 comment
Location: Dover, DE, USA
Read more
More posts