Last September, I came across these beautiful fashion prints of 1890's walking suits. I've seen these online before (mostly through Pinterest), but seeing them again, there was just something about the style and silhouette and fabric prints that inspired me to want to make my own. I particularly fell deep in love with the herringbone and plaid printed suits... I just had to replicate it . . . OR at least combine the two styles to make something completely unique.

Luckily, I managed to obtain 8 yards of cotton "plaiditudes" fabric from JoAnn's and got to work... well, sort of. 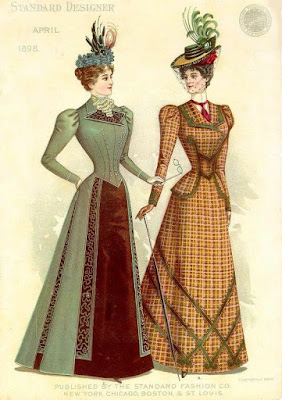 While the shape of both skirts are definitely similar, I did not have the actual pattern to replicate the skirt; also did I want the skirt cut out in seperate pieces or in two pieces?  So, what does one do when they don't have the appropriate pattern? Why they make their own. I utilized a generic steampunk skirt pattern, and elongated the front and back pieces (excluding any extra pieces for bustles/ruffles/etc. used for steampunk). Instead of adding a myriad of buttons, I included a zipper for the back (from my understanding, zippers were patented in the late 1860's but started to become popular in the late 1800's early 1900's which would make this accurate). 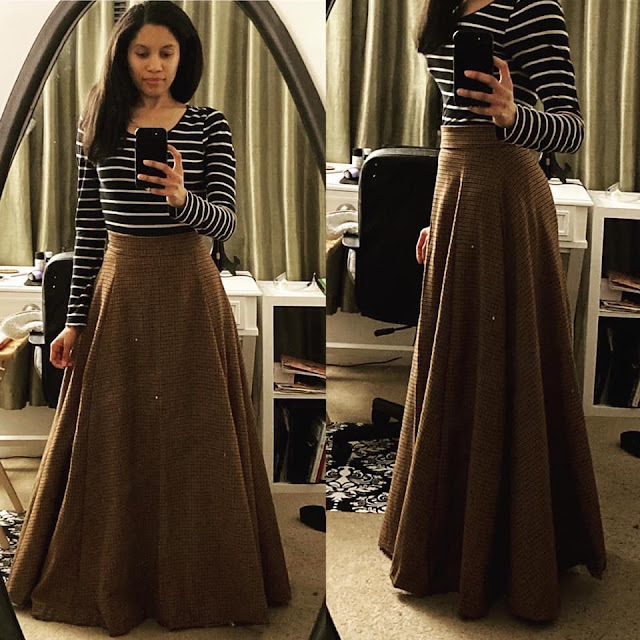 After cutting out the skirt, I had to come up with a way to give the skirt the shape and stability I wanted. I first attempted to use fusible interfacing, however that proved to be too much and it ended up too stiff. So the better option was to incorporate a lining that was lightweight enough to give it a drape, but heavy enough to give the skirt some stability. I found that using polyester silk taffeta was a good option as it retains heat for fall and winter wear. For some added "umph", I also made a flounced under petticoat (not shown). 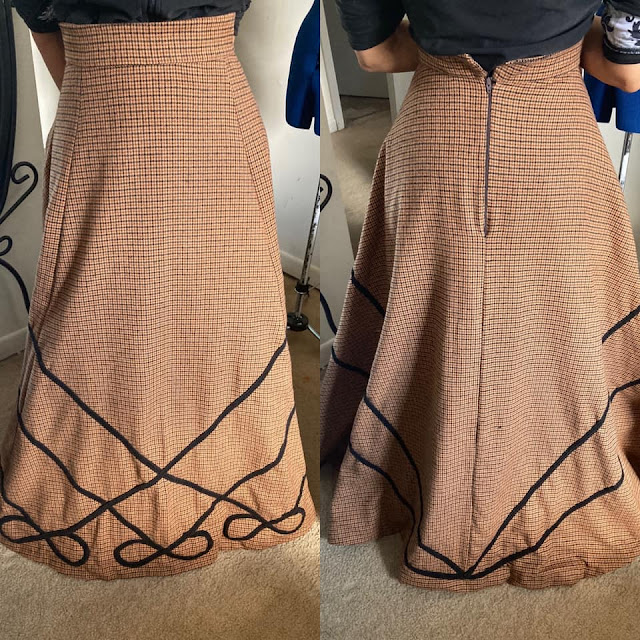 Creating the trim was my favorite, yet at the same time most frustrating. This was mostly because rickrack doesn't always bend or twist the way you want it to. The other challenge was I did not know what the design looked like on the back of the extant I was replicating the skirt design from. So, I decided to create my own and blending in with the infinity loop designs in the front.
Stay tuned, as I will be getting started on the 1890's sport jacket. 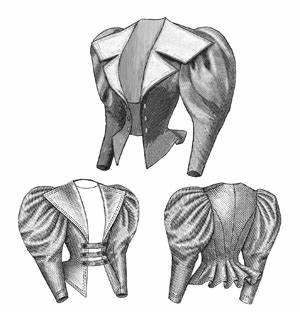 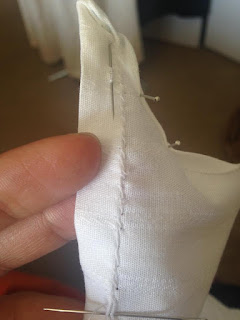 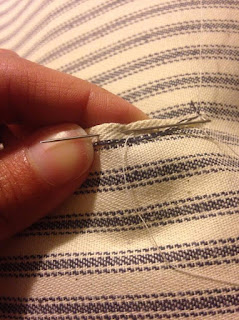